Large studies involving independent population groups from the Framingham, GOLDN, Boston-Puerto Rican and PREDIMED Studies as well as the Singapore National Health Survey, revealed a prevalence of between 1-15% for CC subjects.

Apolipoprotein A-II (APOA2), a component of high-density lipoprotein (HDL), is suggested to play a role in lipoprotein metabolism, insulin resistance, obesity and it may affect the potential to develop atherosclerosis.

Research suggests that the -265T>C polymorphism may be strongly associated with body mass index (BMI) and obesity but mainly in the presence of a high saturated fat intake. This gene-diet interaction seems to apply only to the CC genotype, potentially placing these homozygous individuals at a higher risk for obesity than T-allele carriers.

The APOA2 protein, encoded by the APOA2 gene, is considered the second major HDL apolipoprotein which comprises about 20% of the HDL protein. It is suggested to play a complex role in lipoprotein metabolism, potentially impairing reverse cholesterol transport and antioxidant function of HDL. It is also said to be involved in triglyceride metabolism and postprandial metabolism. In APOA2 knockout mice, an APOA2 deficiency was associated with lower levels of HDL, free fatty acids, glucose and insulin – this may imply an insulin hypersensitivity state. APOA2 transgenic mice were also reported to have an increased body weight and body fat content compared to the control mice.

The overexpression of APOA2 in these mice was associated with insulin resistance as two to three-fold higher fasting insulin levels and delayed clearing of glucose boluses were observed. Previous animal studies have also reported that overexpression of APOA2 result in hypertriglyceridemia, obesity and insulin resistance. The -265T>C SNP has previously been associated with lower waist circumference in men, higher abdominal fat mass in women, higher waist-to-hip ratios in the French while some studies report no association at all. A diet-gene interaction should be included when considering a phenotypic relationship.

The rs5082 polymorphism is present in the promoter region of the APOA2 gene, which is located on chromosome 1q23. This functional polymorphism entails the substitution of thymine (T) for cytosine (C) at the -265 position. The C-allele has been associated with about a 30% reduction in the basal transcription activity of the APOA2 gene and thus with lower APOA2 serum concentrations.

Corella et al. (2009) considered three independent American cohorts from the Framingham Offspring study (FOS), the Genetics of Lipid Lowering Drugs and Diet Network study (GOLDN) and the Boston-Puerto Rican study when undertaking cross-sectional, 20-year follow-up and case-control analyses to determine the gene-diet interaction between the APOA2 -265T>C SNP and saturated fat intake on BMI and obesity in 3 462 subjects. A significant association was found in all three populations, with a mean increase of 6.2% BMI and higher obesity prevalence in the CC genotype when saturated fat was ≥22g per day; but not when saturated fat intake was low.

These associations were later replicated in an extended study involving another two independent populations: European and Asian. The authors investigated 4 602 participants from a Mediterranean population (as part of the Prevención con Dieta Mediterránea or PREDIMED study) as well as from a multi-ethnic Asian population (Chinese, Malay and Asian-Indian participants who partook in the Singapore National Health Survey). In Mediterranean participants, the CC genotype was similarly associated with a 6.8% higher BMI in those consuming a high saturated fat diet (≥ 22g per day), but not in those with a low saturated fat intake. In Chinese and Asian-Indian individuals, the CC genotype was not only associated with higher obesity prevalence, but also with higher insulin resistance only in those consuming a high saturated fat diet (≥ 22g per day).  Further adjustment for other macronutrients did not change the significance of the abovementioned results, supporting the specificity of saturated fat as a driver of this interaction.

A descriptive cross-sectional study involving 303 Egyptian adolescents found the CC genotype more common in obese than non-obese cases; the CC genotype frequency was significantly different between these groups (32.1% in obese and 9.3% in lean controls). It was reported that BMI, waist circumference, body fat percentage, visceral fat and HDL-C levels were significantly higher in CC individuals compared to combined heterozygotes (TC) and homozygotes for TT. Smith et al. (2012) reported a significant interaction between genotype and saturated fat for waist circumference in which the waist was greater in CC subjects consuming a high saturated fat diet compared with T-allele carriers.

Corella et al. (2009) suggested that the APOA2 may act as a satiety cue considering the significant associations between the rs5082 SNP and food intake in FOS and GOLDN. The authors hypothesized that lower APOA2 concentrations, as a result of the C-allele, may give rise to a larger appetite. This appetite would be preferential to rich foods high in saturated fat, which could lead to the elevated BMI, obesity and insulin resistance. This suggests that those CC individuals who did not consume a high saturated fat diet (below 22g per day), would not display weight gain or a higher risk for insulin resistance.

A relationship between APOA2, saturated fat and the hormonal regulation of food intake has also been identified, which may relate to weight control. Basiri et al. (2015) conducted a cross-sectional study to investigate the effects of this gene-diet interaction on serum levels of ghrelin and leptin in 737 patients with type 2 diabetes. The authors found that, after the adjustment for potential confounders, there was significantly higher serum levels of ghrelin, but not leptin, in CC genotypic individuals compared to T-allele carriers. These serum ghrelin levels measured even higher in participants consuming a diet high in saturated fats. After adjusting for age, gender, physical activity and energy intake, the authors also found a significant association between APOA2, saturated fat intake and BMI.

The interactions between APOA2 and saturated fat with obesity is suggested to be mediated by the modulation of plasma ghrelin, an orexigenic and appetite hormone. Lower saturated fat intake was associated with lower ghrelin in CC carriers, which may in theory be expected to accompany lower energy intake and smaller body size.

An earlier cross-sectional study from Smith et al. (2012) investigated the relationships between APOA2 and obesity risk with emphasis on eating patterns and ghrelin in 1 225 overweight and obese Spanish participants. Results also showed that plasma ghrelin was elevated in CC individuals consuming a high saturated diet (≥ 20.7 g per day) and that participants with the CC genotype consumed significantly more total energy and carbohydrates.

The significant role this polymorphism seems to play in HDL-C concentration is suggested to make the APOA2 gene a modifier gene for familial combined hyperlipidaemia.

For optimal weight management in CC individuals, research suggests that higher-fat (> 1%) dairy intake be limited to < 1.75 servings per day while the intake of low-fat (≤ 1%) dairy is > 0.45 servings per day. One serving of dairy was defined as 1 cup (237ml).

Smith et al. (2013) investigated the interaction between the -265T>C SNP and dairy foods on BMI on two independent U.S. populations (Boston-Puerto Ricans and the GOLDN study) to determine whether the known gene-nutrient interaction could be extrapolated to include foods that supply the nutrient in question (saturated fat). The cross-sectional study found that, in both populations, CC individuals who consumed a greater amount (≥ 1.75 servings per day) of higher-fat dairy foods (> 1%) had greater BMI compared to those who consumed less of the higher-fat dairy foods. This association was not found for T-allele carriers. In contrast to the Boston-Puerto Ricans, however, GOLDN women with CC genotypes also showed a significant interaction between a low intake (< 0.45 servings per day) of low-fat (≤ 1%) dairy foods and greater BMI. This suggests that for CC individuals, consuming greater amounts of low-fat dairy appears to reduce obesity risk.

The authors suggested that this study might allow for the refinement of dairy food recommendations according to genotypes. The seeming protective effect of low-fat dairy against obesity in CC homozygotes is suggested to be related to its lower proportion of saturated fat and its potential displacement of higher saturated fat foods. Otherwise, the authors also suggest that low-fat dairy may provide other protective nutrients in relatively greater amounts compared with higher-fat dairy.

Research has consistently found the robust association of the -265T>C SNP and a diet high in saturated fat on body weight and BMI in CC individuals. It is thus suggested that saturated fat intake be limited for individuals homozygous for the C-allele.

From the perspective of elevated serum ghrelin in individuals homozygous for the C-allele (CC) – in addition to a limited saturated fat intake, it may be necessary to employ behavioural strategies such as mindful eating to prevent over-eating (thus the excessive intake of energy) when appetite is usually increased. 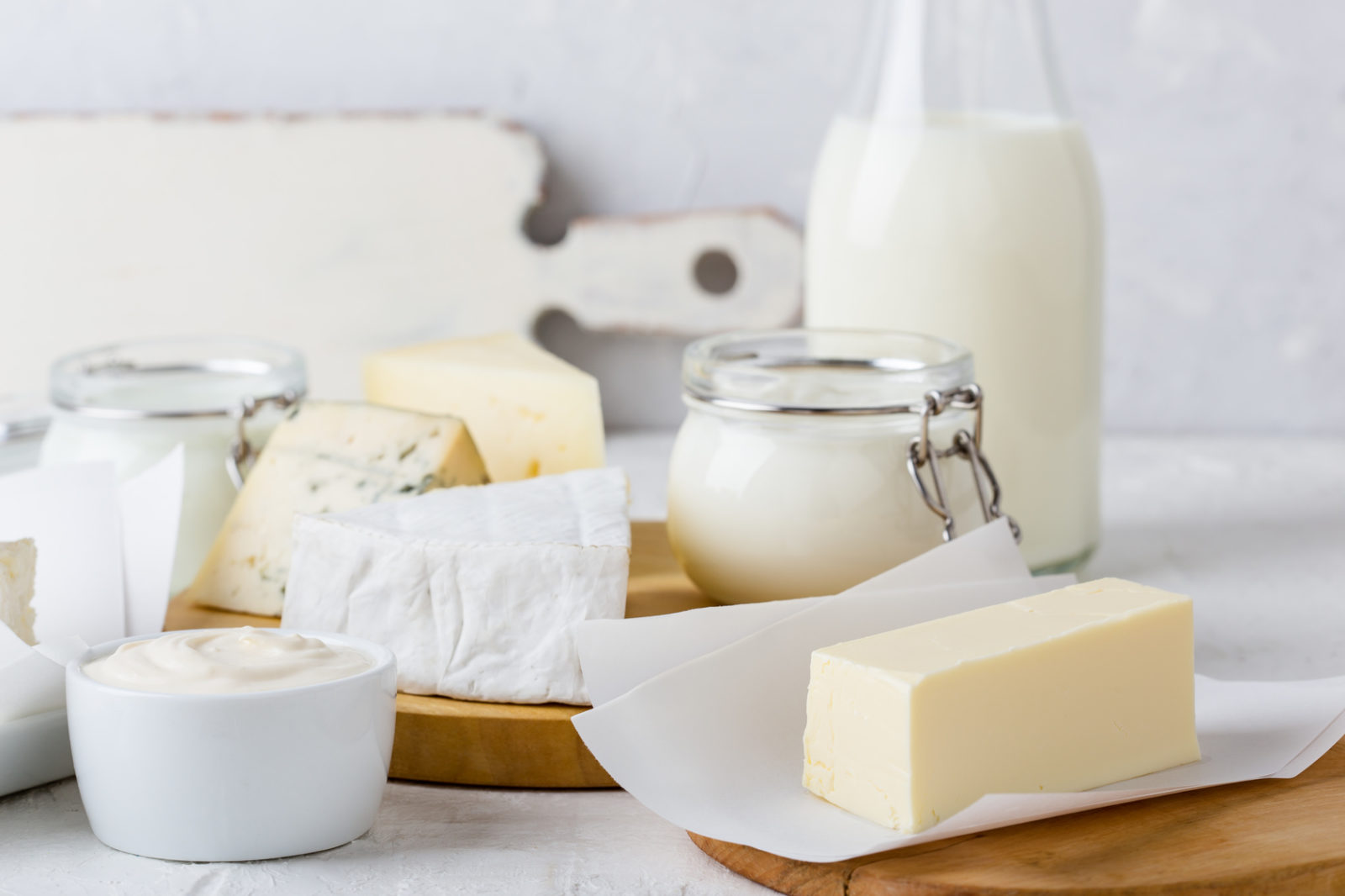