The 1000 Genomes Project Database reports a global frequency of 20% for the T allele (NIH).

CBS encodes the enzyme Cystathionine Beta Synthase. This enzyme is responsible for catalysing the conversion of homocysteine to cystathionine, thus maintaining levels of homocysteine at non-toxic levels. The T allele is associated with increased enzyme activity and a decreased risk of cardiovascular diseases as well as certain cancers. This protective effect is mainly seen only when folate levels are adequate.

The CBS gene is found on chromosome 21 and encodes the enzyme, Cystathionine Beta Synthase. CBS catalyses the conversion of homocysteine to cystathionine, which is the first step in the trans-sulfuration pathway. After several reactions, cystathionine is eventually converted to glutathione. CBS is directly involved in the removal of homocysteine from the methionine cycle, thus any alterations in its activity could affect homocysteine levels. A CBS enzyme deficiency results in homocystinuria.

A single nucleotide polymorphism in the CBS gene, C699T, is associated with altered activity of the enzyme, where the T allele leads to upregulation of the CBS gene. The SNP has been associated with a decreased risk of coronary artery disease (CAD) and increased responsiveness to the homocysteine lowering effects of folic acid. In one study, individuals homozygous for 699T were significantly underrepresented in CAD patients as compared to controls (4.9% vs. 17.3%). Additionally, 699T homozygous individuals were the most responsive to folate supplementation: in one study 699T homozygotes lowered homocysteine levels by 13.6% on average, compared to 4.8% lowering in 699C homozygotes.

These observations suggested that specific CBS alleles are a risk factor for the development of vascular disease and that genetic information could be predictive of individual response to folic acid supplementation. The CBS 699T allele can thus be considered to be protective, especially in the presence of adequate folate intake.

On the other hand, the CBS 699T allele was linked to increased risk for preterm birth, in combination with other 1-carbon metabolism SNPs.

The cofactor for CBS is vitamin B6, thus for adequate functioning of the enzyme, it is essential to ensure adequate levels of vitamin B6. Food sources of vitamin B6 can be seen below. In addition, the intake of folate has been shown to be especially beneficial in T allele carriers. It is therefore important to include adequate amounts of folate rich foods in the diet and to consider supplementation where necessary. Folate-rich food sources can be seen below. 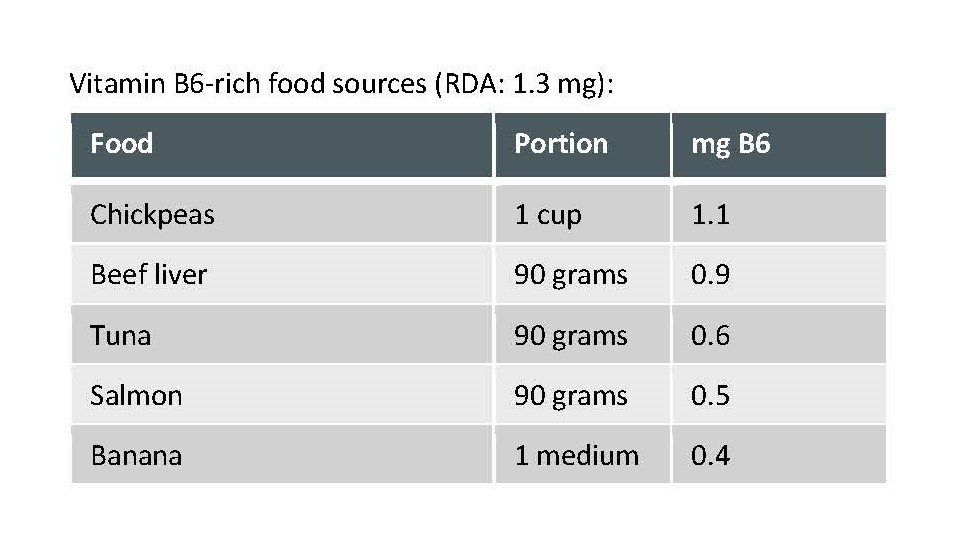 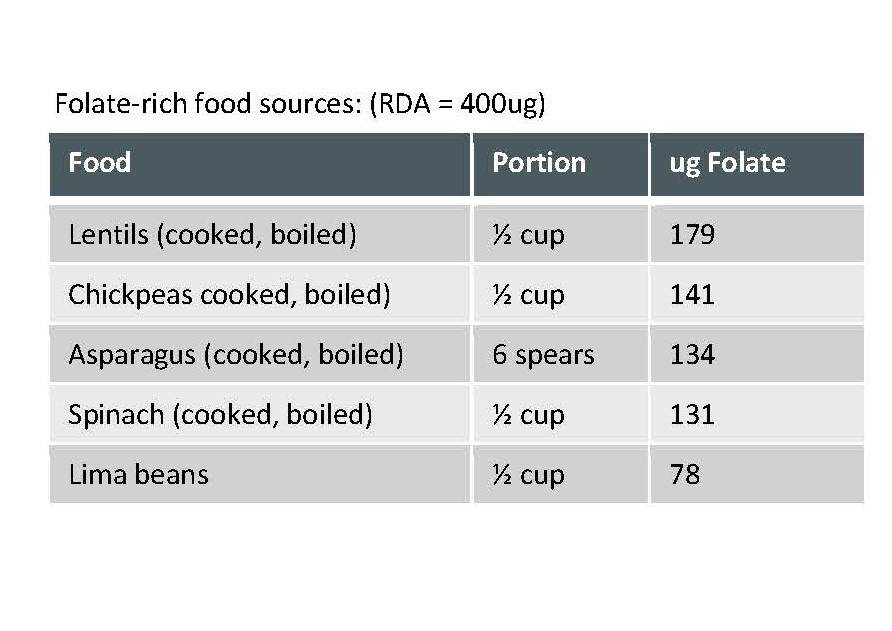