The 1000 Genomes Project Database and the genome Aggregation Database (gnomAD) reports global frequencies of 23% and 25.61% respectively for the C allele of the CLOCK 3111 T>C SNP (NIH).

The Circadian Locomotor Output Cycles Kaput (CLOCK) gene plays an important role in the maintenance of circadian rhythm. Circadian clocks regulate key biological processes and are implicated in the control of energy balance, feeding behaviour, lipid and glucose homeostasis and consequently the regulation of body weight. Alterations in clock genes and rhythms, such as the CLOCK gene, can interfere with this complex mechanism, contributing to multifactorial diseases such as obesity.

The CLOCK 3111 T>C polymorphism has been associated with obesity parameters, response to weight loss as well as sleep duration. The minor C-allele carrier seems to be at a higher risk for elevated BMI and obesity, have higher energy intakes whilst also being less responsive to weight loss intervention and sleeping less hours per day with an ‘evening preference’.

Circadian rhythms are described as biological events that constantly repeat in a 24-hour period and are generated by an endogenous mechanism. This endogenous mechanism is composed of circadian clocks which are synchronised to coincide with periodical environmental events such as the day / night cycle. A well synchronised clock guarantees that all physiological and behavioural rhythms take place in a coordinated manner over the 24-hour period.

Various clock genes code for a family of proteins involved in the maintenance of the clock mechanism. CLOCK, one of nine main proteins expressed for this purpose in mammals, is described as a transcription factor from the positive feedback loop of the molecular clock. The CLOCK protein attaches to a second protein (BMAL1) to form a heterodimer that binds to E-box on the promoter of other related clock genes. It is therefore said to be involved in metabolic alterations as it can regulate the expression of other integral circadian genes. The CLOCK gene region is located on chromosome 4 (4q12).

Significant relationships between chronobiology and obesity is emerging where factors disrupting the circadian rhythm, called chronodisruptors such as shift work, sleep deprivation and bright light exposure at night have been associated with increased adiposity and the prevalence of metabolic syndrome. Animal studies have investigated mice with clock gene disruptions and found that they are more prone to develop obesity, hyperphagia, glucose intolerance and other metabolic syndrome features whilst also experiencing changes in eating behaviour, sleep pattern and mood. The CLOCK gene, as part of the circadian system, seems to greatly impact human behaviours and mood.

It has been reported that C-allele carriers display significant circadian abnormalities as compared to TT homozygotes with more robust circadian rhythm profiles.

In a longitudinal study from Garaulet et al. (2010) involving 454 overweight and obese Spanish subjects, the 3111 C>T SNP was associated with obesity at baseline as well as with a poorer weight loss response over the 28-week intervention. The intervention entailed that subjects follow an energy-controlled Mediterranean-style diet whilst attending weekly nutrition education group sessions for support and to obtain helpful behavioural techniques; subjects were also encouraged to engage in regular physical activity. This study found that carriers of the C-allele possessed a significantly higher body weight and BMI and lost significantly less weight when compared to non-carriers. These subjects were also found to be 2.10 times more likely to sleep ≤ 6 hours per day as the frequency of short-time sleepers was significantly higher in C-allele carriers than in non-carriers.

A follow-up study from Garaulet et al. (2010) involved 1 290 overweight / obese participants and aimed to investigate the behavioural and hormonal factors which could explain the previously reported association between the 3111 T>C SNP and weight loss difficulty. The authors found similar results in that C-allele carriers were more resistant to weight loss and had a shorter sleep cycle than T-allele homozygotes (TT); but they also found that C-allele carriers had higher plasma ghrelin (but not leptin) concentrations, a delayed breakfast time with a higher tendency to overeat at certain times of the day, expressed an evening preference and were less compliant with a Mediterranean-style diet. The minor C-allele carriers favoured the consumption of protein from animal sources and processed food, as suggested by the higher intake of trans fatty acids, as well as a significantly lower intake of monounsaturated fatty acids (MUFA).

The T>C SNP has previously been linked to eating disorders and obesity as well as to clinical features of mood disorders such as sleep phase delay and insomnia in persons with depression or bipolar disorder. These alterations may relate to obesity and weight loss. Research previously demonstrated that most obstacles of weight loss, which directly relates to difficulty in losing weight, involve subjects’ eating behaviours and psychological characteristics.

López-Guimerà et al. (2014) proposed that various epigenetic and chronobiological mechanisms could explain the interaction between CLOCK and emotional eating behaviour for weight loss. Differences in methylation status of CpG sites located in CLOCK genes may relate to differences in BMI, weight loss, dietary intake as well as behavioural changes related to emotions such as constant snacking or eating when bored. Altered methylation status might also influence metabolic pathways regulating weight loss. Alternatively, the authors suggested that differences in weight loss might relate to characteristics of different chronotypes, thus behaviours related to morning and evening preferences. The C-allele carrier is characterised as an evening chronotype which displays reduced sleep duration and elevated ghrelin concentrations – combining these characteristics with emotional eating behaviour is suggested to result in decreased weight loss.

The authors found that the CLOCK 3111 T>C polymorphism interacted specifically with disinhibition, an eating behaviour associated with reduced ability to control dietary intake, resulting in an increased likelihood for high caloric intake. Disinhibition has been associated with higher BMI, poor food choices and low-effectiveness of weight loss interventions. As disinhibition is considered a principal component of emotional eating behaviour, the authors concluded it might be the main driver for this gene-environment interaction.

It has been found that C-allele carriers display shorter sleep duration as compared to TT homozygotes. Research has reported that reduced sleep may be associated with obesity – studies in children and young adults have shown a direct association between fewer hours of sleep and weight gain, and an increased chance of developing obesity in adult life. The link between lower BMI with longer sleep durations has been replicated among studies in different populations. Several mechanisms for this association have been proposed, such as that subjects with short sleep have an increased energy intake due to the increased time available to eat versus decreased energy expenditure caused by altered thermoregulation and daylong feelings of fatigue that leads to lower levels of physical activity. In the study from Garaulet et al. (2010) an inverse and significant correlation was made between the preference for evening hours and physical activity – thus, higher levels of inactivity may potentially contribute to weight loss resistance in C-allele carriers.

Another suggested mechanism by which shorter sleep is associated with obesity in C-allele carriers is that these individuals have an increased appetite due to alterations in ghrelin levels. Ghrelin stimulates appetite and recent evidence suggests that it also affects sleep; epidemiological studies have shown a strong association between short sleep duration and higher ghrelin values. This coordination is said to make sense as to pair hunger and vigilance during the daylight and satiety and sleep during darkness. Ghrelin plays a role in the anticipation of eating, including the timing of meals, potentially influencing the long-term regulation of body weight. In the study from Garaulet et al. (2010) ghrelin was significantly and inversely correlated with weight loss among C-allele carriers.

Although many reports state that the circadian system can influence lipid metabolism, increasingly more evidence is showing that fatty acids might, in turn, also regulate different chronobiological functions. Utilising 1100 participants from the GOLDN study, Garaulet et al. (2010) found different effects across CLOCK 3111 T>C genotypes for saturated fat intake. When saturated fat intake was ≥ 11.8% of total energy, C-allele carriers displayed larger waist circumferences compared to non-carriers whereas a saturated fat intake < 11.8% of total energy did not result in any significant differences in waist circumferences between carriers and non-carriers.

Studies involving experimental sleep restriction reported adverse impacts on the appetite-related hormones ghrelin and leptin and on hunger, total energy intake, and body weight. In short-term crossover studies, sleep restriction was associated with increased energy, total fat, and saturated fat intakes as well as excessive consumption of carbohydrate-rich snacks in adults. Dashti et al. (2015) performed a meta-analysis to examine the associations between habitual sleep duration, BMI and macronutrient intake and to determine whether CLOCK variants modify these associations. The authors observed a significant association between sleep duration and lower saturated fatty acid intake in younger adults, as well as an association with lower carbohydrate and higher polyunsaturated fatty acids (PUFA) in older women. Following this study, it was suggested that longer sleep duration may facilitate compliance to principles for healthier eating behaviours.

Considering the overriding importance of adequate quality and quantity of sleep, a variety of good sleep hygiene practices have been devised to assist. These include avoiding stimulants at bedtime, proper sleep environment and attempting to keep a regular sleep time. In addition, exercise if performed later in the day, must be at least two hours before bedtime. Sleeping environment must be undisturbed, quiet, dark and comfortable. 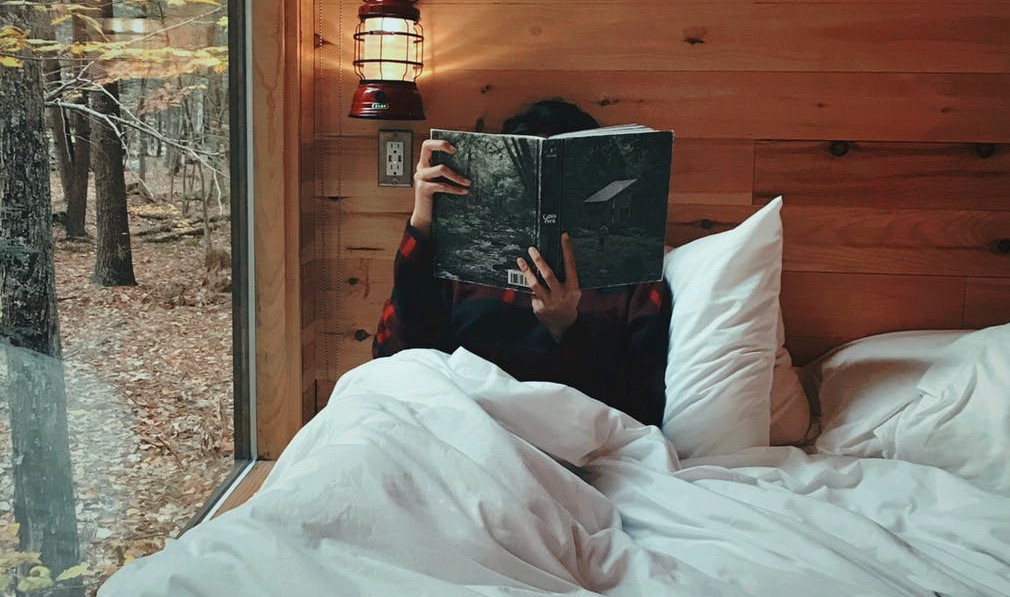