The 1000 Genomes Project Database and the genome Aggregation Database (gnomAD) reports global frequencies of 36.9% and 44.91% respectively for the variant A-allele (NIH). A meta-analysis from Rai et al. (2017) reported that the frequency of the A (Met) allele vary greatly among the populations studied: frequency of A (Met) allele is reported as 56% in American, 50% in European, and 27% in Asian populations.

COMT is a phase II enzyme that conjugates and inactivates catechol oestrogens (such as 2- and 4-hydroxyoestrogens) by the transfer of a methyl group, so that it can be more easily excreted.

The Val158Met polymorphism has been associated with 3- to 4-fold decreased activity of the COMT enzyme. Deficient COMT activity may play an important role in hormone-related cancer susceptibility since the incomplete conjugation of catechol oestrogens may lead to its oxidation to form reactive quinone intermediates capable of DNA damage.

Ensure the adequate intake of nutrients that function as cofactors in the methylation of catechol oestrogens such as magnesium, folate, and vitamins B2, B6 and B12. It is also recommended to optimise dietary factors that support oestrogen balance: insoluble dietary fibre, complex carbohydrates (versus refined sources), antioxidants and curcumin.

The catechol-O-methyltransferase (COMT) gene, located on chromosome 22q11 and containing 6 exons, encodes for two length variants of the COMT protein: a shorter soluble or cytoplasmic protein (S-COMT) and a longer membrane bound protein (MB-COMT). It is highly expressed in a variety of tissues, including liver, kidney, breast tissue, endometrium and red blood cells.

COMT is a phase II enzyme that plays a role in the inactivation / conjugation of catechol oestrogens, as well as catecholamines such as dopamine, adrenaline and noradrenaline. It is therefore not only essential for oestrogen metabolism, but also takes part in body functions such as feeling pain, reaction to stress or modifying mood.

The rs4680 polymorphism entails a single G to A base pair change in exon 4, which results in a valine (Val) to methionine (Met) amino acid change in codon 158 of the membrane-bound form of the protein (MB-COMT). A homozygous variant genotype (AA or Met/Met) has been associated with 3- to 4-fold decreased activity of the COMT enzyme. Since the unstable variant allele (Met) has been associated with decreased activity of COMT as compared to the wildtype allele (Val), these two forms are also called the COMT-L allele (low activity) and COMT-H allele (high activity), respectively. Both alleles are said to be co-dominant, i.e. heterozygous individuals (Val/Met) have an intermediate level of COMT activity.

COMT inactivates catechol oestrogens (such as 2- and 4-hydroxyoestrogens) by the transfer of a methyl group from S-adenosyl-L-methionine (SAM) to the m-hydroxy group of the catechol compound. This forms less polar, more water-soluble monomethyl ethers (or methoxy-oestrogens) that can be excreted more easily in the bile and urine. If the formation of these conjugates is incomplete, catechol oestrogens may be oxidised to form reactive quinone/semiquinone intermediates (particularly oestradiol 3,4-quinone) capable of free radical formation, or direct formation of depurinating DNA adducts. Several studies have suggested a protective role of the COMT higher activity isoform, as it can protect reactive oxygen induced DNA damage, that are produced by oestrogen oxidation.

It has been stated that methylated catechol oestrogens have little or no binding affinities for the typical oestrogen receptor, and that they lack oestrogenic activity in the uterus. Furthermore, a tumour-suppressor effect has been proposed for 2-methoxyoestradiol. The observed lack of carcinogenic activity of the 2-hydroxyoestrogens may be due to the faster rate of O-methylation; the most active conjugation pathway for catechol oestrogens is methylation, but they can also be conjugated by glucuronidation or sulfation.

Research regarding the rs4680 SNP’s association with breast cancer remains controversial. Since reactive catechol oestrogen metabolites have been recognized to contribute to breast carcinogenesis, deficient COMT activity may play an important role in breast cancer susceptibility.

An ongoing prospective case-control study amongst Chinese subjects (427 cases and 536 controls) reported a significantly increased risk for breast cancer amongst individuals homozygous for the A-allele (AA genotype). The authors believe that although heterozygous individuals for COMT may exhibit reduced enzymatic activity and impaired ability to detoxify substrates, the activity of other enzymes (such as GSTP1) may increase as a compensatory mechanism so that these heterozygous (GA) individuals showed no increased risk of breast cancer development.

A recent meta-analysis from Rai et al. (2017) considered 26 Asian case control studies (5 971 cases and 7 253 controls) to conclude that individuals homozygous for the A-allele (AA genotype) were at a significantly increased risk for breast cancer. Another meta-analysis from Qin et al. (2012) however, reported no significant associations between the COMT Val158Met polymorphism and breast cancer risk overall, neither when subgroup analyses were done for ethnicity, source of controls and menopausal status. They considered a total of 56 studies including 34 358 cases and 45 429 controls.

It is widely accepted that oestrogens are involved in the development of breast tumours, and that elevated lifetime exposure to endogenous and exogenous oestrogens increase the risk of breast cancer. In support of these views, early age at menarche, late menopause, and hormone replacement therapy (HRT) have been shown to increase breast cancer risk. Since the conversion of androgens to oestrogen takes place in adipose tissue for postmenopausal women, it is reasoned that postmenopausal obesity would result in higher levels of circulating oestrogen and increase the risk for breast cancer. This has indeed been the finding in a study from Lavigne et al. (1997), but not in the study from Mitrunen et al. (2001).

Since research findings on the rs4680 polymorphism and risk of endometrial cancer is contradicting, Lin et al. (2013) performed a meta-analysis (8 studies and 5 109 subjects) in 2013. The authors found no association in the pooled analysis, although the stratified analysis revealed a significantly increased risk for endometrial cancer amongst postmenopausal women homozygous for the Val-allele (Val/Val). No differences amongst ethnic groups were detected.

In 2014, Liu et al. conducted a meta-analysis to determine if any association exists between COMT Val158Met and both ovarian and endometrial cancer. In total, 15 studies (1,293 cases and 2,647 controls for ovarian cancer and 2,174 cases and 2,699 controls for endometrial cancer) were included. No significant associations were found for either cancer type in the pooled analysis, neither in the stratified analyses.

Several molecular epidemiologic case-control studies have reportedly shown the potential role of COMT Val158Met polymorphism in the risk of lung cancer. However, the results remain inconclusive and controversial. A meta-analysis from Tan et al. (2014) found that the Val158Met polymorphism increased lung cancer risk among women (from six individual studies with a total of 4,043 subjects). No association was seen in the pooled analysis, neither when stratified for ethnicity. To the best of the authors’ knowledge, this was the first meta-analysis that has evaluated the relationship between the COMT Vall58Met polymorphism and the risk of lung cancer.

Obtaining the necessary nutrients to support the methylation pathways is considered essential as it promotes detoxification of oestrogens and provides for more beneficial metabolites of oestrogen:

Increased exposure to endogenous and exogenous oestrogen has been described as a risk factor for cancer in several hormone-dependent tissues such as the breast, endometrium, ovary, uterus, and prostate. If the COMT enzyme is dysfunctional, this might lead to the decreased inactivation of oestrogen and a build-up of damaging oxidative products. 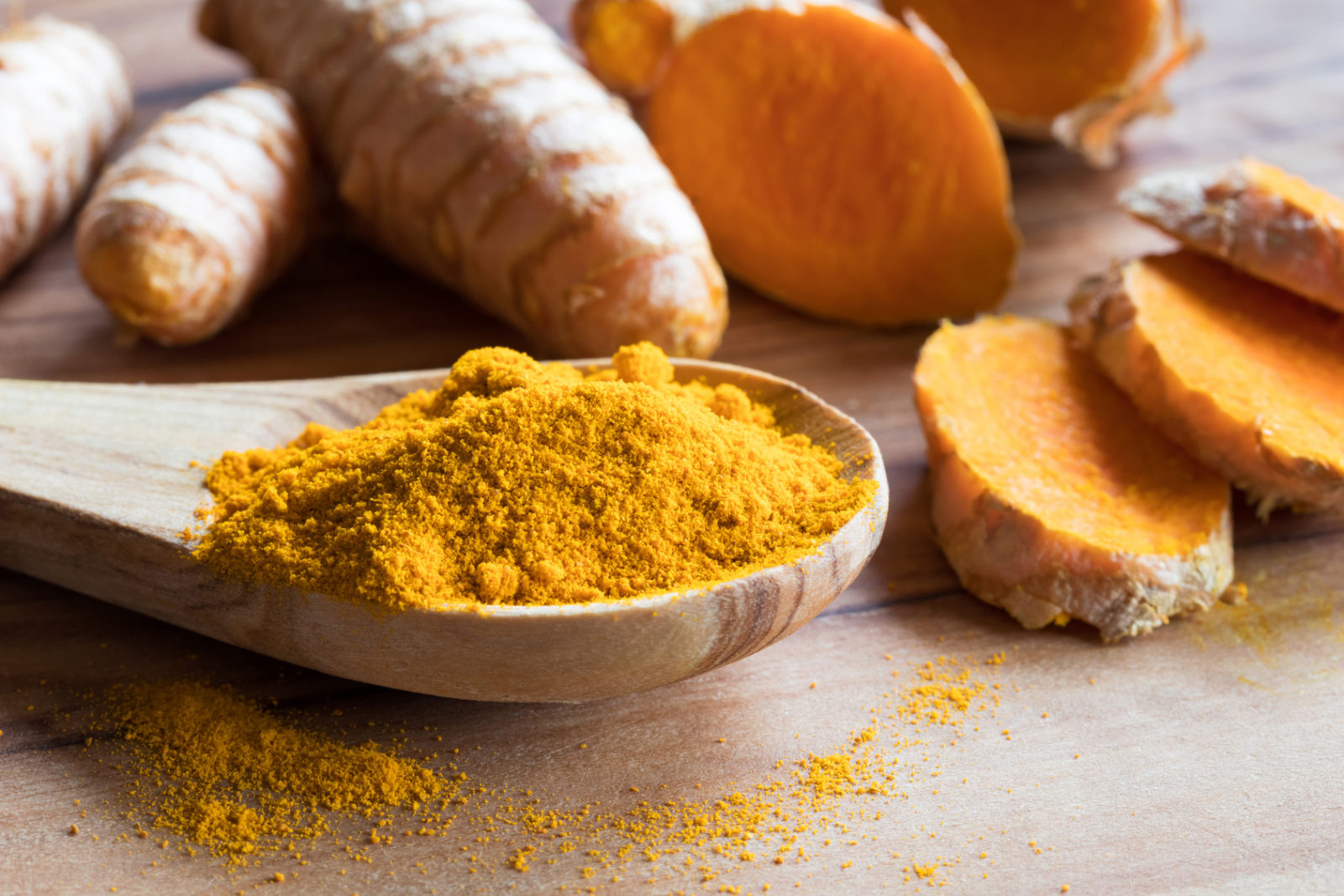 Strategies to minimize risk for increased oestrogen exposure may thus be of value. Risk factors include obesity (obesity increases endogenous oestrogen production by fat tissue, where the enzyme aromatase converts androgens into oestrogen); high serum insulin (excess insulin in the bloodstream prompts the ovaries to secrete excess testosterone and reduces sex hormone binding globulin [SHBG] levels, thus increasing levels of free oestrogen); alcohol consumption (reportedly increases oestrogen levels); use of oral contraceptives or oestrogen replacement therapy (moderate alcohol use may be synergistically enhanced when combined with HRT); exposure to environmental toxins found in pesticides, herbicides, plastics, refrigerants, industrial solvents (that are structurally similar to oestrogen and have the ability to mimic harmful oestrogens in the body) as well as the hormones used to fatten livestock and promote milk production (found in inorganic meat and milk products).