The CYP1A2 enzyme is induced by some polycyclic aromatic hydrocarbons (PAHs) and it is able to metabolize some PAHs to carcinogenic intermediates, however the enzyme’s endogenous substrate is unknown. Caffeine, aflatoxin B1 and acetaminophene are some other xenobiotic substrates for this enzyme i.e. substrates that are foreign to an organism and not part of its usual nutrition, such as drugs, food additives and pollutants.

The enzyme CYP1A2 is involved in the metabolism of certain drugs and caffeine. Its activity can be affected by certain factors such as age, sex and smoking, where smoking is known to induce CYP1A2 activity and quitting smoking reduces this activity.

More than 150 SNPs have been identified for CYP1A2.

The cytochrome P-450 enzymes metabolize caffeine.   Caffeine is rapidly and completely absorbed through the gastrointestinal tract. CYP1A2 is the primary isoenzyme responsible for demethylation of caffeine into dimethylxanthine metabolites paraxanthine, theobromine and theophylline. Each one of these metabolites then undergoes further demethylation into monomethylxanthines.

Caffeine is almost completely metabolized, with 3% or less being excreted, unchanged, in the urine. The main route of caffeine metabolism is through N-3 demethylation to paraxanthine, also known as 1.7 dimethylxanthine or 17X.  This accounts for 70-80% of caffeine metabolism and the reaction is carried out in the liver by CYP1A2. It is estimated that 1-N-demethylation to theobromine and 7-N-demethylation to theophylline each account for approximately 7-8% of caffeine metabolism.  The remaining 15% undergoes C8 hydroxylation to form 1,3,7 trimethyluric acid. CYP1A2 is responsible for more than 95% of the primary metabolism of caffeine. Caffeine is therefore used as a probe drug for CYP1A2 activity and the relative ratios of urinary metabolites provide an indicator of the flux through different parts of the pathway.  As well as paraxanthine, other major metabolites of caffeine found in the urine, formed by the secondary metabolism of paraxanthine by CYP1A2, CYP2A6, N acetyltransferase 2 and xanthine dehydrogenase, are 1-methylxanthine, 1-methyl uric acid 5-acetylamino-6-formylamino-3-methyluracil, and 1,7-dimethyluric acid.

Other CYPs, namely CYP2C8, CYP2C9, and CYP3A4 also participate in the primary metabolism of caffeine, however intrinsic clearance by these is much lower, for all routes of metabolism, than CYP1A2. Alterations in CYP1A2 activity may affect the relative flux through other pathways.

Intra-individual and inter-individual variation in this CYP1A2 activity can affect the clearance of caffeine. Other factors, in addition to genetics, that affect this clearance includes taking certain drugs, or medications, smoking status, pregnancy and ethnicity.

Figure 1 to the right gives a graphical representation of this pathway. 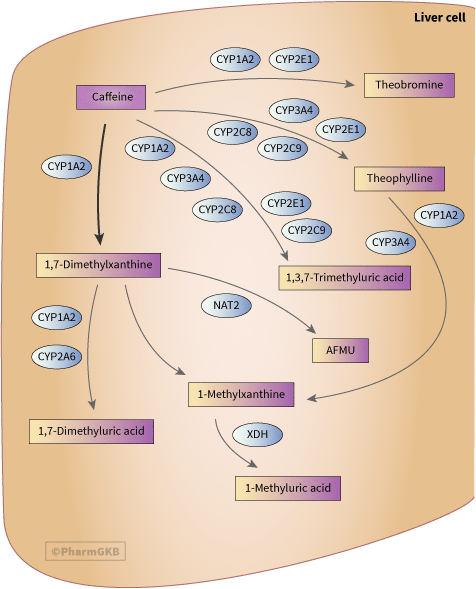 CYP1A2 -164 A>C or -163 C>A, is a SNP that is the sole variant of the CYP1A2*1F haplotype, of the CYP1A2 gene. This SNP sees a base change of the nucleotide, A (adenine) to a C (Cytosine). This A to C nucleotide change results in a change in the CYP1A2 gene expression, which affects the way an individual metabolizes caffeine.

Phenotypic Traits Associated With This Variation

Carriers of the AA genotype have been found to have increased caffeine metabolism compared to AC and CC carriers and this appears to be enhanced in smokers.

Slow metabolisers i.e. AC and CC carriers consuming coffee, a rich source of caffeine, are associated with an increased risk in myocardial infarction from drinking 2 or more cups of coffee per day.  In AA carriers, a study has shown that increased caffeine intake might in fact protect against hypertension.

Another study showed that infant CYP1A2*1F genotype and maternal caffeine intake were associated with an increased risk for neural tube defects.

Only individuals who are slow caffeine metabolisers had an increased risk of nonfatal MI and these findings were seen in males and females, older and younger individuals, but were more pronounced in younger individuals. The risk appeared to increase in slow metabolisers who were typically drinking 2 cups of coffee per day.  Based on these findings they recommended that slow caffeine metabolisers i.e. people with both the CC and CA genotype for the rs762551 SNP in the CYP1A2 gene should refrain from drinking >1 cup coffee per day. 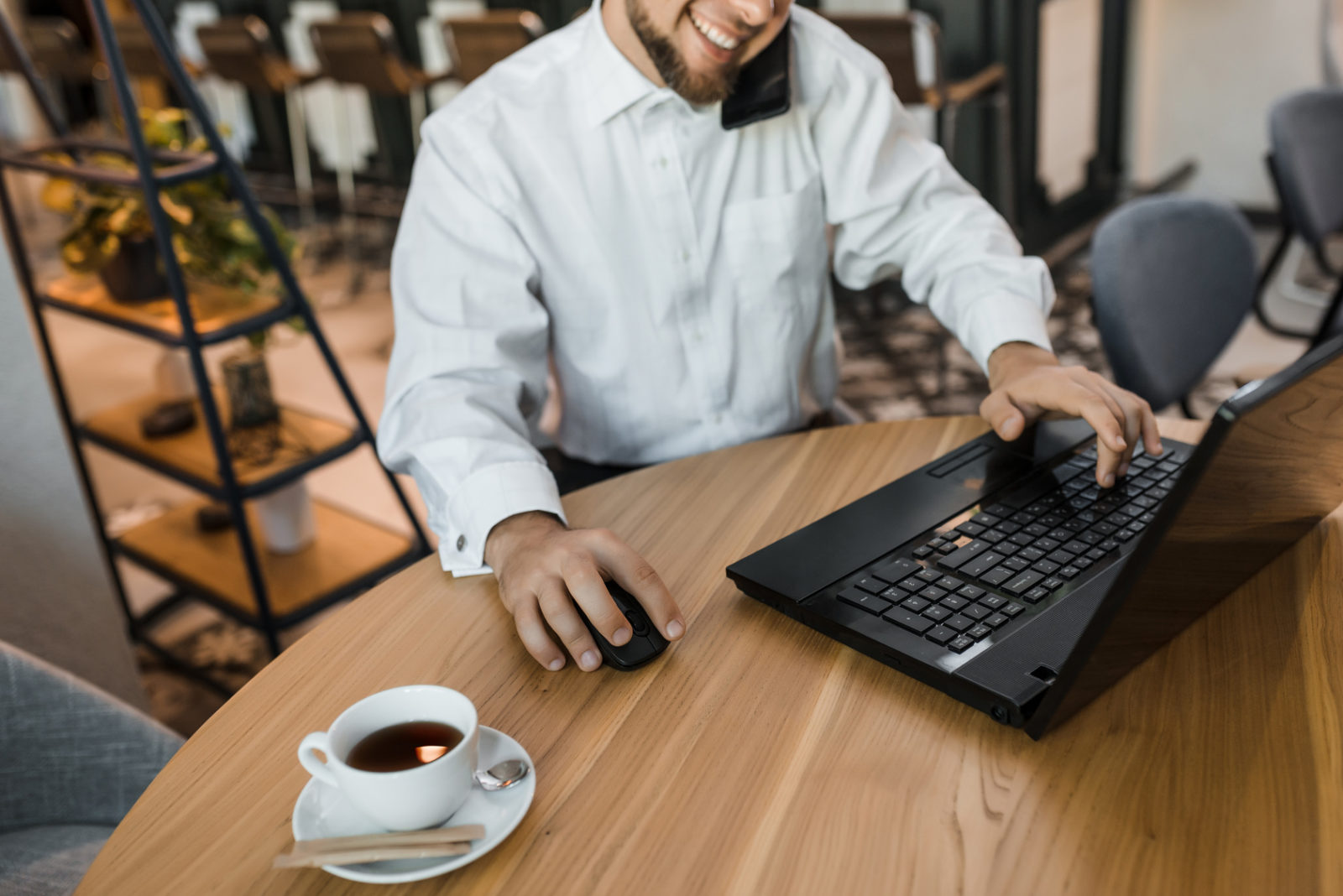 Guessous et al. explored the effect of CYP1A2 variants and CYP1A2 enzyme activity on blood pressure in the general adult, with a focus on caffeine as the potential mediator of CYP1A2 effects. Four observational studies and one quasi experimental study, including European adults was conducted. Blood pressure, caffeine intake, CYP1A2 activity and polymorphisms rs762551, rs1133323 and rs137894 were measured.  The results supported a causal role of CYP1A2 in blood pressure control via caffeine intake.

Among non-smokers, the three SNPs were linearly associated with hypertension. The rs762551 A allele appeared to offer protection, where AC individuals were 22% less likely, and AA 34% less likely to have hypertension, compared to CC individuals. There was no association between CYP1A2 genotypes and hypertension amongst smokers.

In the CoLaus study, non smokers carrying the AA CYP1A2 genotype, which is associated with increased CYP1A2 activity, were 35% less likely to have hypertension than non smokers carrying the reference genotype, however in this study this association was not seen in smokers.  This study supported a causal role of CYP1A2 variants on blood pressure and highlighted the potential functional role of CYP1A2 activity on blood pressure control.

Using a Mendelian randomization analysis, convincing evidence was found that caffeine intake is negatively associated with systolic and diastolic blood pressure (SBP and DBP) and may protect against risk of developing hypertension. The results of this approach are compatible with a clinically relevant effect of caffeine intake on blood pressure (up to 9 and 7 mmHG of SBP and DBP respectively, by cup of caffeine beverage per day).

These results indicate that there is no reason for people with high BP to refrain from caffeinated beverages and on the contrary, in non-smokers, caffeine containing beverages may be associated with reduced risk of raised blood pressure, however this study was based on reported caffeine intake and not on serum caffeine levels. The results for the Mendelian randomization approach should be interpreted with caution. Other limitations were discussed.

Overall, the results based on gene-environment interactions, quasi-experimental data and the Mendelian randomization approach found evidence that the effect of CYP1A2 on blood pressure and hypertension are mediated by caffeine and that smoking modifies these associations.

Slow metabolisers i.e. Individuals carrying the CC and CA variation for the CYP1A2 A>C should limit their coffee intake to ≤1 cup coffee per day based on their increased risk for myocardial infarction with a greater coffee intake. It would be prudent for slow metabolisers to limit or avoid intake of other caffeine containing foods and drinks.  Table 1 to the right gives an estimate of the caffeine content of commonly consumed food and drinks.

Fast caffeine metabolisers with raised blood pressure do not necessarily need to avoid caffeine, however this recommendation should possibly be made based on each individual, taking into account other factors including smoking status.

Fast metabolisers (AA) should be aware that in the presence of smoking, their caffeine metabolism is likely to be enhanced. 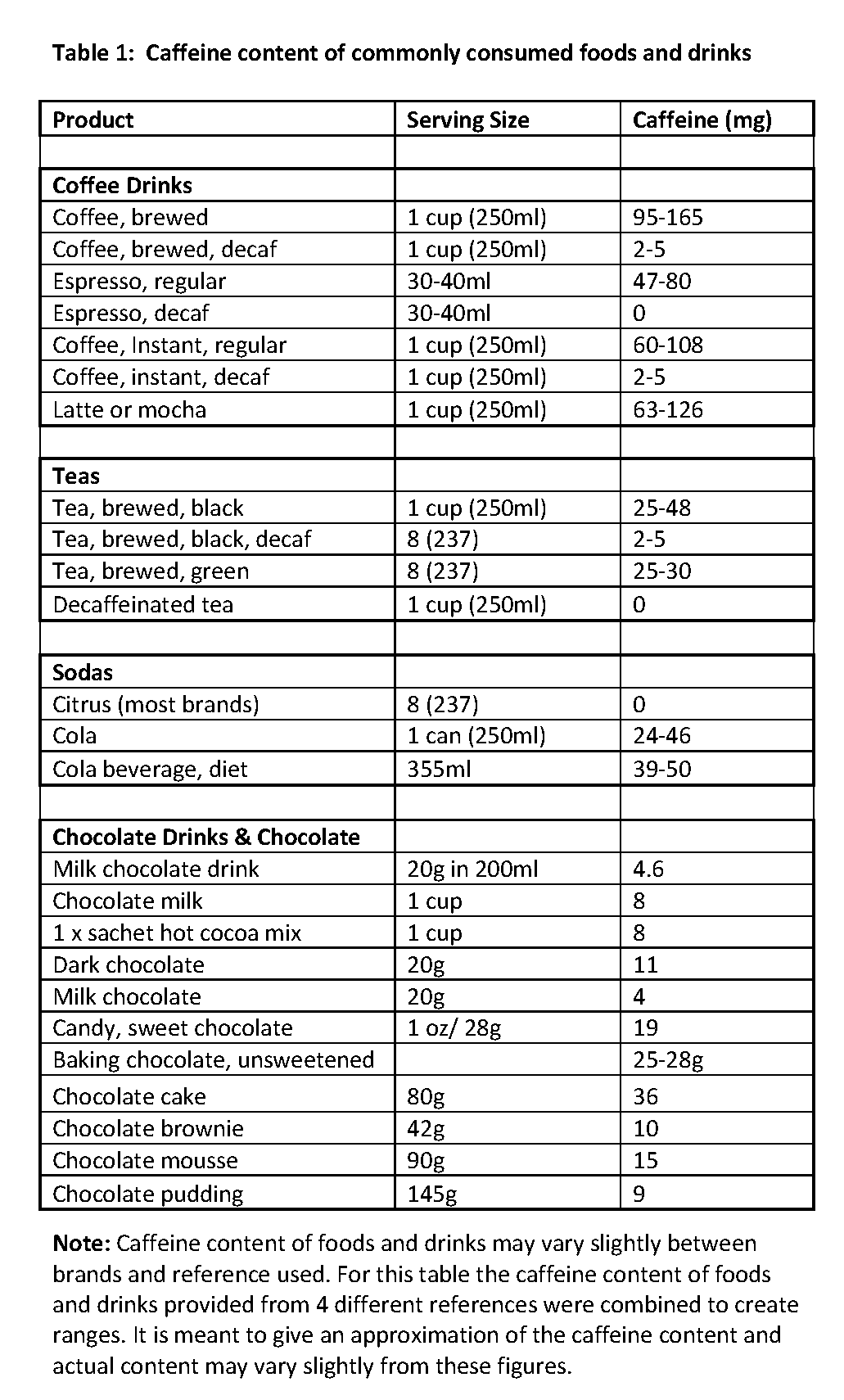