The 1000 Genomes Project Database and the genome Aggregation Database (gnomAD) reports global frequencies of 24% and 22.89%, respectively for the C allele (NIH).

The MC4R gene is highly expressed in the central nervous system where it plays a role in energy metabolism. Several studies have also reported associations between MC4R gene polymorphisms and stress reactivity, anxiety, food intake and choice, and anticipatory behaviour but not consistently with energy expenditure.

The MC4R rs17782313 polymorphism has been significantly associated with an increased obesity risk and BMI in adults and children, as well as an association with morbid obesity, although different ethnic populations have shown mixed results. It is also suggested to affect the level of insulin secretion and may lead to hyperinsulinemia.

The polymorphism has been associated with higher energy intakes – research indicates it may play a role in nutrient preferences and functionally interact with the stress response to influence BMI. Some of the gene-diet interactions are still considered somewhat controversial.

The MC4R protein, comprised of 332 amino acids, is encoded by a single exon on the long arm of chromosome 18 (18q22). The MC4R gene is highly expressed in the central nervous system including in the hypothalamus, cerebral cortex, hippocampus, amygdala, brain stem and spinal cord, where it seems to modulate energy metabolism, appetite and satiety, stress, mood and glucose homeostasis. Besides the fat mass and obesity associated (FTO) gene, the MC4R gene was reported as the second association signal for common obesity by the genome wide association studies (GWAS) in 2008.

MC4R, a G protein-coupled receptor, is described as a component of the leptin-melanocortin signalling system which regulates food intake with neuropeptide effectors. MC4R activates both satiety and hunger signals by either integrating an anorexigenic (satiety) signal via the alpha-melanocyte-stimulating hormone or an orexigenic (hunger) signal provided by the agouti-related peptide.

In terms of the stress response, MC4R is said to activate the hypothalamic-pituitary-adrenal (HPA) axis and subsequent adrenocorticotropic hormone (ACTH), which increase the production and release of cortisol in response to acute emotional and mental stress. MC4R seems to facilitate an increase in anxiety-like and depression-like behaviours in response to chronic stress. MC4R is also said to interact with the serotonin and dopamine pathways, thereby suggesting its involvement in mood regulation.

The rs17782313 polymorphism occurs 3’ to (downstream of) the MC4R gene and is said to participate in the function and/or expression of MC4R. It has been suggested that the SNP may be in linkage disequilibrium (LD) with another polymorphism that disrupts the function of cis-acting elements involved in the control of MC4R gene transcription.

Valette et al. (2013) speculated that the effect of MC4R polymorphisms on obesity may, at least partly, be due to the inadequate control of overeating behaviours as the leptin-melanocortin signalling system would be left dysfunctional. It has also been proposed that the polymorphism may lead to mealtime hyperphagia, reduced satiation, altered gastric motor function, disinhibition, food cravings and emotional eating. There is evidence that cerebral insulin resistance may contribute to the obesity-effect in C-allele carriers.

A meta-analysis from Xi et al. (2012) set out to assess the association of the MC4R polymorphism with obesity risk across various ethnic populations. This meta-analysis found that the rs17782313 SNP was significantly associated with an increased obesity risk in adults and children among Europeans and East-Asians, whereas no association was reported among Africans. A genetic association study involving 990 South African adolescents from the Birth to Twenty (Bt20) cohort (a longitudinal birth cohort study of the health and well-being of children who were born in the metropolitan area of Soweto, Johannesburg, during a 6-week period in 1990) however showed a significant but borderline association between the rs17782313 SNP and BMI. This study demonstrated MC4R as a potential genetic marker of obesity risk in South Africans.

Earlier, Zobel et al. (2009) found that the minor C-allele was associated with elevated BMI, waist circumference and body weight as well as a BMI-dependent risk for type 2 diabetes mellitus (T2DM) in a large Danish population. In agreement with previous findings, Zobel et al. (2009) reported that the rs17782313 SNP was also positively associated with height, indicating a potential influence of this SNP on overall body size. The C-allele was however only borderline associated with morbid obesity. Similarly, a case-cohort study, investigating Danish Caucasian men at eight different times from birth to adulthood, determined that the rs17782313 SNP was associated with overall, abdominal and peripheral adiposity, weight development from childhood through middle-age, but not with energy expenditure.

A cross-sectional study involving an Indian population has found an association between the rs17782313 SNP and adiposity measures in children and non-diabetic adults. The authors however, reported a much stronger association with weight, BMI and waist circumference with effect sizes of about 3-fold higher in children compared to adult participants – research has indeed shown that this polymorphism may have an age-dependent effect on adiposity with a stronger association during childhood than later in life. Within the same study from Dwivedi et al. (2013) the C-allele demonstrated a borderline association with T2DM risk in adults but not with fasting plasma glucose levels.

In contrast to the abovementioned, no significant association was found between the rs17782313 SNP and obesity when comparing obese individuals with a healthy BMI in an Iranian population-based cross-sectional study. 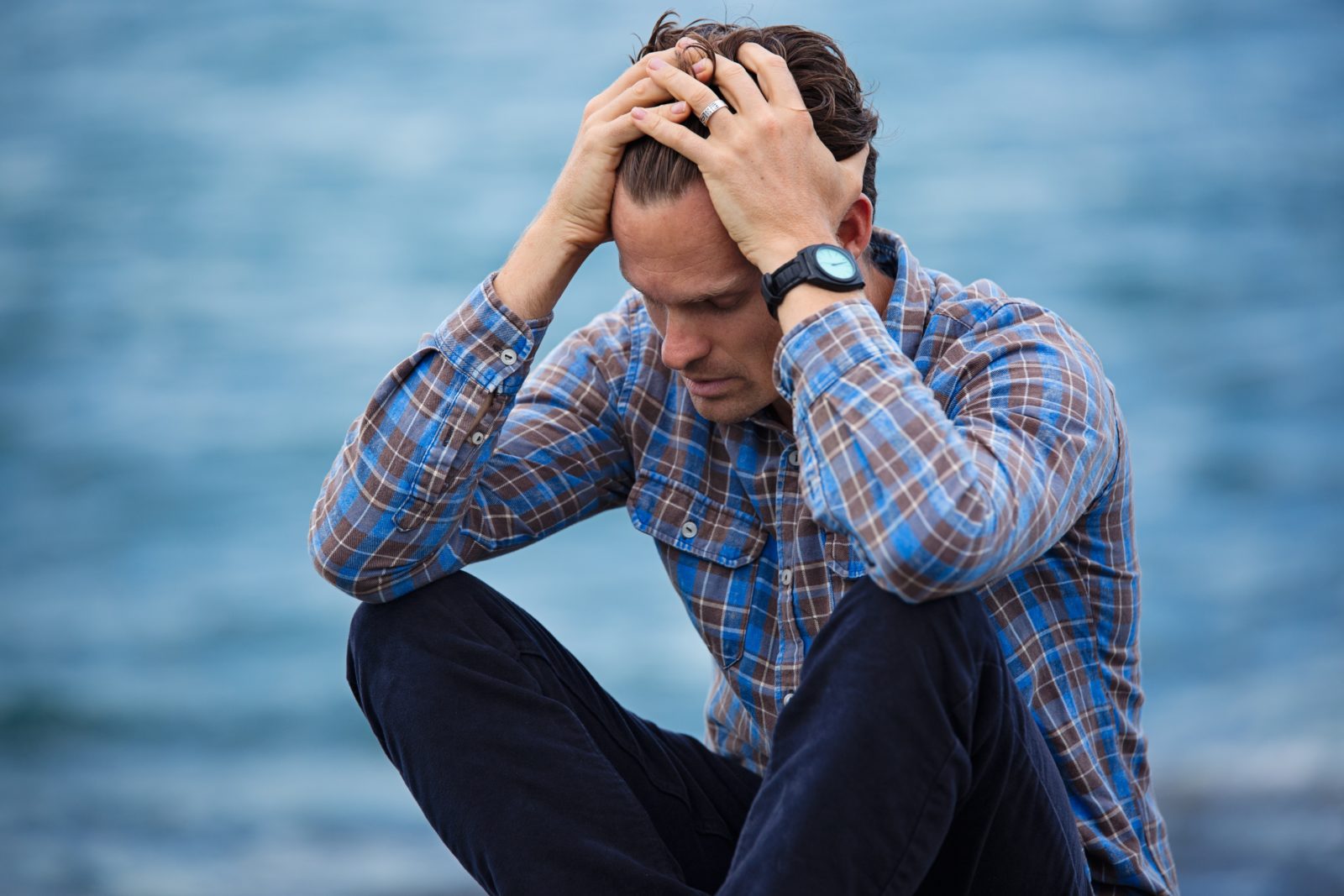 The interactions of mental stress and energy intakes on obesity has been investigated by Park et al. (2016) The authors confirmed that Korean adults carrying the C-allele had increased risk of obesity only with energy intakes in excess of the estimated energy requirement (EER). BMI was higher with ascending order of MC4R genotype TT, CT and highest with CC in participants with energy intake higher than EER after adjusting for confounding variables, whereas no association was reported when energy intake was lower than EER.

The interaction of mental stress with MC4R significantly increased the risk of obesity: Korean adults with minor C-alleles had a higher risk of obesity when experiencing high stress levels independent of other obesity related factors. Some animal studies have demonstrated a relationship between the MC4R gene, mental stress and food intake through the HPA axis. It is suggested that MC4R facilitates the regulation of the HPA axis in response to psychological stress – in MC4R-knockout mice, the plasma ACTH and corticosterone levels were significantly lower in response to restraint stress, suggesting that MC4R is a mediator of communication between brain and peripheral stress systems to facilitate mental stress.

Various studies have reported an association between the rs17782313 SNP and altered eating behaviour. A review from Valette et al. (2013) reported that mealtime hyperphagia appears more frequent in overweight/obese children carrying the C-allele, and that satiety responsiveness might be lowered by the presence of the C-allele – both effects being larger in homozygous (CC) than in heterozygous (CT) individuals. The authors did however conclude that evidence was not strong enough to draw clear conclusions.

Acosta et al. (2014) reported that associations of the rs17782313 SNP with obesity may be explained by reduced satiation and gastric emptying. Participants carrying the C-allele displayed about 25% less postprandial satiation symptoms compared with TT homozygotes – this suggests that C-allele carriers’ response to a high-caloric meal may be better tolerated and that they would thus consume more frequent meals, resulting in a higher daily caloric intake.

Horstmann et al. (2013) examined the effect of the rs17782313 SNP on brain structure and eating behaviour. In female participants only, the authors observed a significant increase of disinhibition and emotional eating scores from the German version of the Three Factor Questionnaire utilised. Significant differences were also found in a cluster comprising the right amygdala of affected female participants, a region known to influence, amongst others, food intake behaviour.

In support of the abovementioned study, Yilmaz et al. (2015) reported that the rs17782313 SNP was significantly associated with overeating behaviours and depressed mood in European adults. It was concluded however, that the overeating behaviours i.e. emotional eating and food cravings, and not the increased depressed mood, accounted for the effect of this SNP on BMI in the study participants. The authors mentioned that their results may suggest a possible role for disinhibition and impulsivity rather than anhedonia, with regards to the MC4R-linked weight gain. Homozygosity (CC) for this polymorphism has been associated with increased food enjoyment and sweet snack consumption in Chilean children.

Utilising participants from the PREDIMED (PREvencio´n con DIeta MEDiterra´nea) study, Ortega-Azorín et al. (2012) found that when adherence to the Mediterranean diet was low, carriers of the C-allele had higher T2DM risk, although no association was found on the population at baseline. However, when adherence to the Mediterranean diet was high, carriers of the variant C-allele no longer displayed any association with T2DM risk. This gene-diet interaction remained significant even after adjustment for BMI. The authors suggested that overall dietary pattern rather than specific foods may modulate genetic effects.

A recent systematic review from Drabsch et al. (2018) reviewed the current evidence for associations between the rs17782313 SNP and total energy, carbohydrate and fat intake. The authors concluded that there is limited significant evidence to suggest an association with the CC genotype and higher total energy intake (2 out of 11 studies) whereas only a single study found a significant association with total carbohydrate intake.

Park et al. (2016) reported that although daily energy intake was only slightly and insignificantly higher in Korean adult C-allele carriers, this influenced the increase in BMI. In the participants with energy intakes higher than the EER, minor C-allele carriers had a much higher BMI than those with major alleles. It was also found that C-allele carriers had higher intakes of processed foods than those with the T-allele. Some studies have previously indicated a positive association between the rs17782313 SNP and the consumption of higher-energy and fatty foods.

As part of the ongoing Northern Finland Birth Cohort 1986 (NFBC1986) population study, Jääskeläinen et al. (2013) investigated the association of the rs17782313 SNP with BMI and the possible modifying effect of meal frequency on genetic susceptibility to obesity in 16-year old Finnish adolescents. The study found that the effect of each risk C-allele on BMI in meal skippers (≤ 4 meals per day with or without breakfast) was nearly three-fold compared with the BMI increase in regular eaters (5 meals daily). It may thus be of benefit to C-allele carriers to have regular meals and not to skip meals.

It may also be considered of benefit to manage over-eating behaviours such as disinhibition, food cravings and emotional eating tendencies suggested to be present in C-allele carriers.

The HUNT-study, reportedly providing data representative of adults in Norway and Scandinavia, concluded that interactions between MC4R and physical activity were associated with BMI. Importantly, genetic effects were larger among physically inactive compared to active individuals.

Corella et al. (2012) investigated 7 052 participants from the PREDIMED study and although no significant anthropometric, gene-diet or physical activity interactions were found, they did observe that carriers of the C-allele had statistically significant lower alcohol consumption than wild-type subjects.

It may be considered important to manage stress in C-allele carriers as this can influence obesity. Research reports that MC4R stimulation by stress may result in decreased peripheral ghrelin concentrations, thereby suppressing food intake in animals. However, long-term stress increases serum glucocorticoid levels to induce food intake. Thus, MC4R genotypes may influence eating behaviours through the stress response and thus may be involved in weight gain in humans.