The literature emphasises that up to date, the rs7903146 polymorphism with its at-risk T allele is the most common, robust risk variant of developing type 2 diabetes mellitus (T2DM). The TCF7L2 gene functions within pancreatic and liver cells where the at-risk T allele can impair β-cell function and insulin secretion with altered hepatic glucose production (HGP).

The main mode of action for the TCF7L2 risk allele is thought to be through incretin resistance, namely the modulation of glucagon-like peptide 1 (GLP-1) function. This incretin, GLP-1, is released from cells in the gastrointestinal tract and is responsible for enhancing the insulin response following meal ingestion. A low-fat, low calorie dietary pattern seems to be best suited.

The TCF7L2 gene is located on the long arm of chromosome 10 (10q25.3). It encodes a transcription factor responsible for activating many genes downstream of the Wnt signalling pathway active in pancreatic β-cells and other glucose metabolising tissues such as the liver. The gene was reportedly identified in 2006, before the genome-wide association studies (GWAS) took place in 2007. 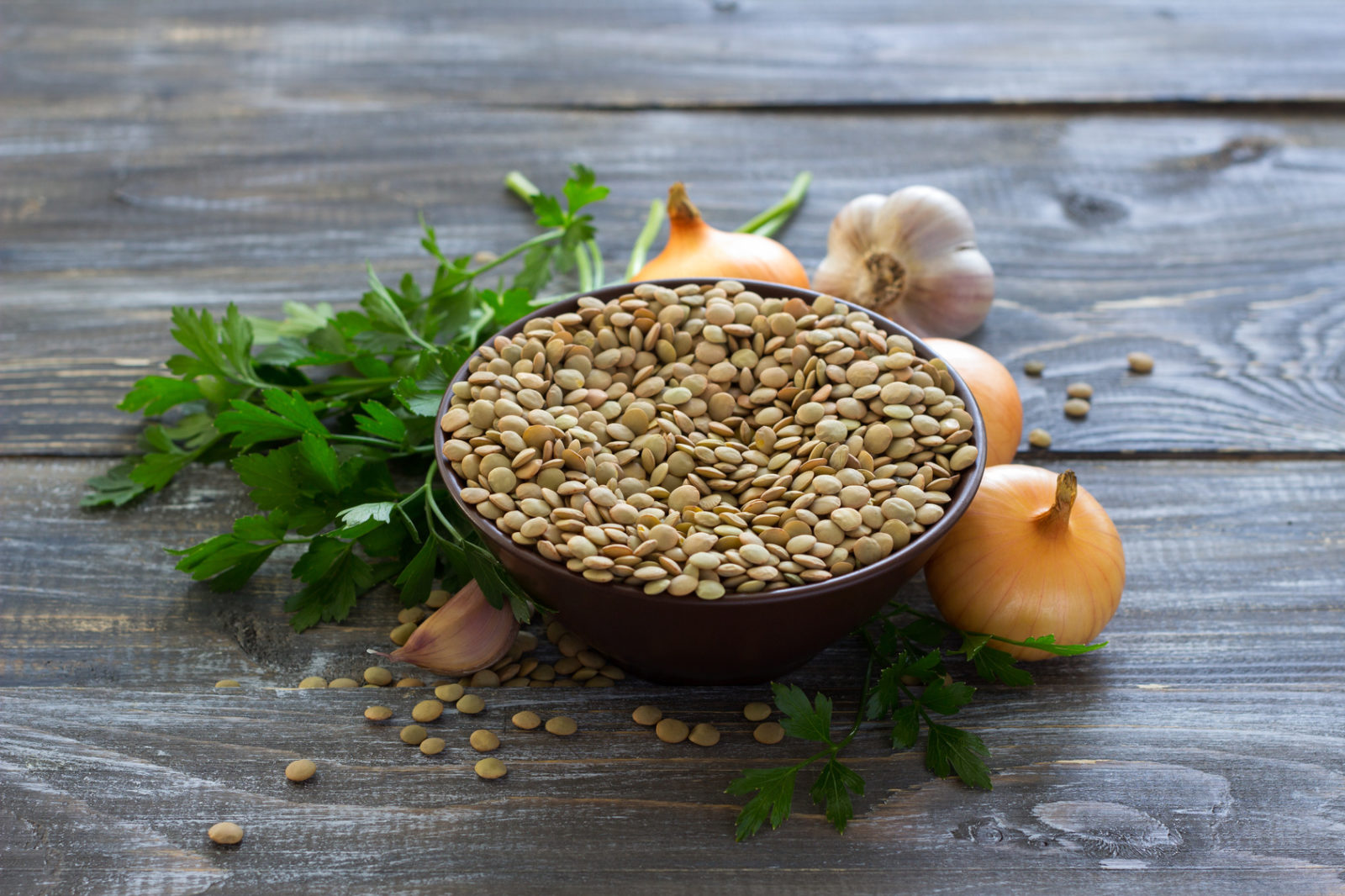 The rs7903146 polymorphism entails a C-to-T nucleotide substitution within intron 3. A Human Genome Epidemiology (HuGE) review and meta-analysis of 33 135 T2DM cases and 36 316 controls found a statistically significant association between the TCF7L2 C>T SNP and the risk for developing T2DM. The researchers’ primary analysis found a 1.4-fold increase in T2DM risk amongst TC heterozygotes and a near 2-fold risk increase amongst TT homozygotes when compared to CC homozygotes.

Both an increased and decreased expression of TCF7L2 within pancreatic β-cells is associated with altered insulin secretion, reduced cell numbers in human islet cells, morphological islet cell changes as well as modified proinsulin processing.  In addition, experimental studies have found supporting evidence that at-risk T allele carriers had a raised proinsulin to insulin ratio. Within human pancreatic islet cells, the rs7903146 polymorphism is located within a more open chromatin state when the T allele is present; this is reportedly associated with an increased T2DM risk.  Homozygous TT carriers have been found to have higher fasting glucose.

Studies in adults and adolescents have found that the at-risk T allele is associated with impaired β-cell function as well as higher rates of hepatic glucose production (HGP). In addition to these findings, in a recent cohort study amongst 955 obese adolescents of multiple ethnicities, the at-risk T allele was also associated with elevated 2-hour glucose levels. The suppression of HGP was significantly impaired in TT homozygotes as compared to the CC genotype. The elevated HGP suggests a reduced suppression of hepatic gluconeogenesis in response to insulin, thus potential insulin resistance in the liver. It should however be noted that this effect might be modulated by insufficient insulin levels from the impaired β-cell function.

Follow-up glucose tolerance tests after 3.11 ± 2.36 years determined that the TCF7L2 variant is implicated in the progression of prediabetes to T2DM in the paediatric population. Similarly, in the Diabetes Prevention Program (DPP), individuals homozygous for the at-risk allele (TT) were more likely to progress towards diabetes than those homozygous for the C allele (CC).

It has also been noted that the TCF7L2 gene may also influence the susceptibility to type 2 diabetes through the indirect modification of incretin, GLP-1. The TCF7L2 transcription factor is reported to influence expression of the proglucagon gene which encodes GLP-1, an insulinotropic hormone that is essential for glucose regulation in conjunction with insulin itself. The at-risk variant has been found to promote resistance against incretin-induced insulin secretion and not necessarily the alteration of incretin levels themselves.

Figure 1 below (Flatt & Green 2006) demonstrates where GLP-1 functions, thus with incretin resistance, these may be impaired. 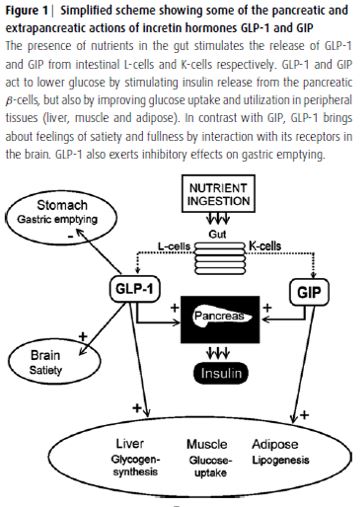 Data from the Genetics of Lipid Lowering Drugs and Diet Network (GOLDN) study found that a higher (n-6) polyunsaturated fatty acid (PUFA) intake (≥ 6.62% of total energy) in at-risk (T allele) carriers was associated with dyslipidaemia, possibly contributing to the development of metabolic syndrome and T2DM.

This suggests limiting the total dietary fat intake as well as the proportion of saturated and (n-6) PUFA to prevent the development of related metabolic conditions. 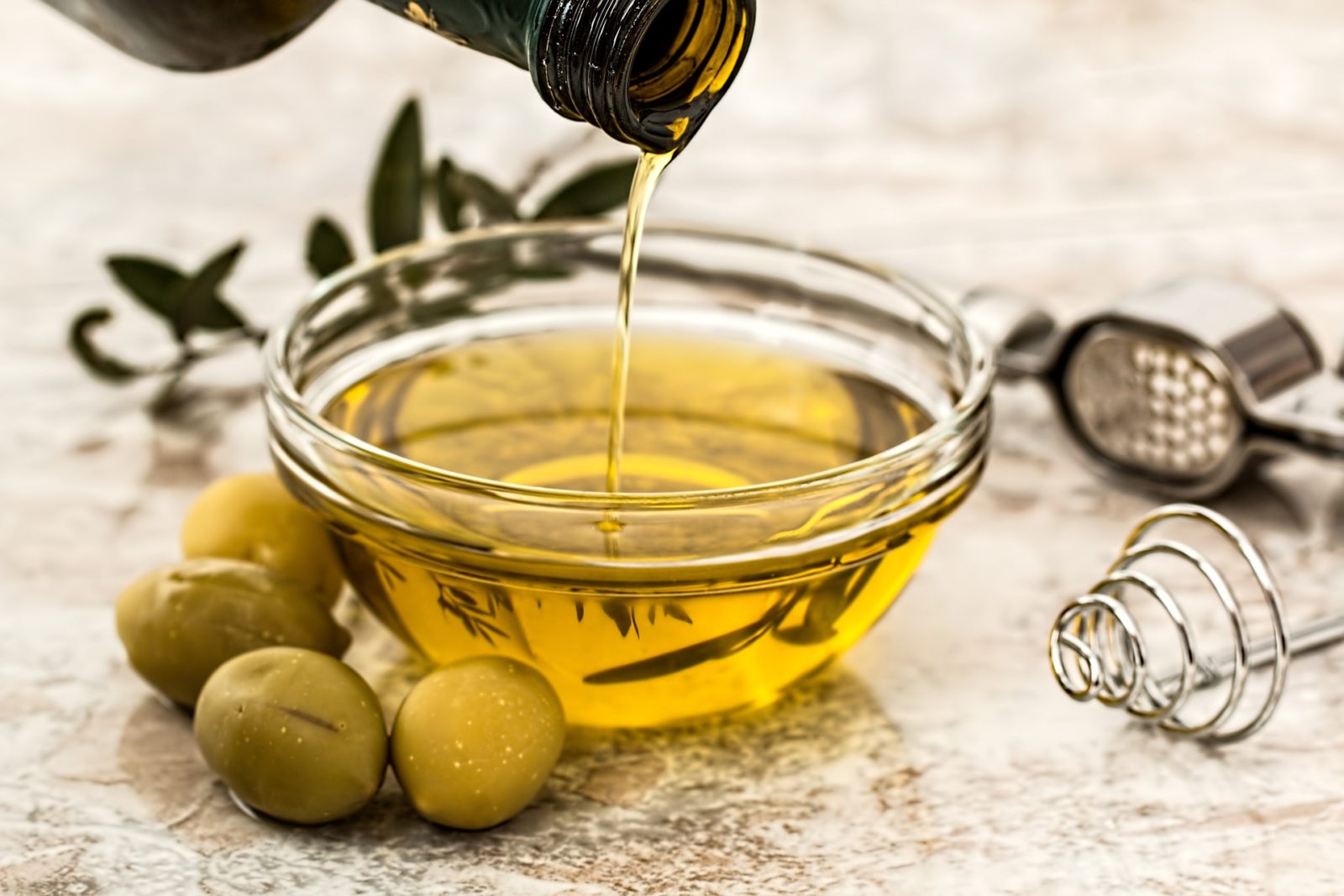 A randomised trial including 7018 participants found that a Mediterranean diet may modulate the effect on fasting glucose, total cholesterol, low density lipoprotein cholesterol (LDL-C) and triglycerides in TT homozygotes.

Whole grains, due to its high fibre content, have been associated with a protective effect against T2DM. This is reported due to reduced post-prandial serum glucose levels and subsequent insulin demand resulting from higher fibre foods; thus, potentially explaining the inverse association with the incidence of T2DM. Increased fibre ingestion may also be protective of T2DM due to the increased production of colonic short chain fatty acids (SCFA) enabling a stimulatory effect on the incretin system, i.e. the release of GLP-1 that stimulates ingestion-related insulin release.

A few cohort and case-control studies have however found this protective effect of dietary fibre against the incidence of T2DM only confound to individuals homozygous for the non-risk allele (CC genotype) whereas the at-risk allele carriers (CT/TT) received no beneficial effect from a high fibre intake in that regard.

This was described as the possible consequence of an already-impaired incretin system in at-risk allele carriers, with some degree of incretin resistance providing an insufficient response to higher GLP-1 levels.

Although Hindy et al report that these findings may not warrant altered dietary fibre recommendations in at-risk carriers at this point, it may be important to note that genotype can potentially alter the protective effect of a high dietary fibre intake on T2DM risk. 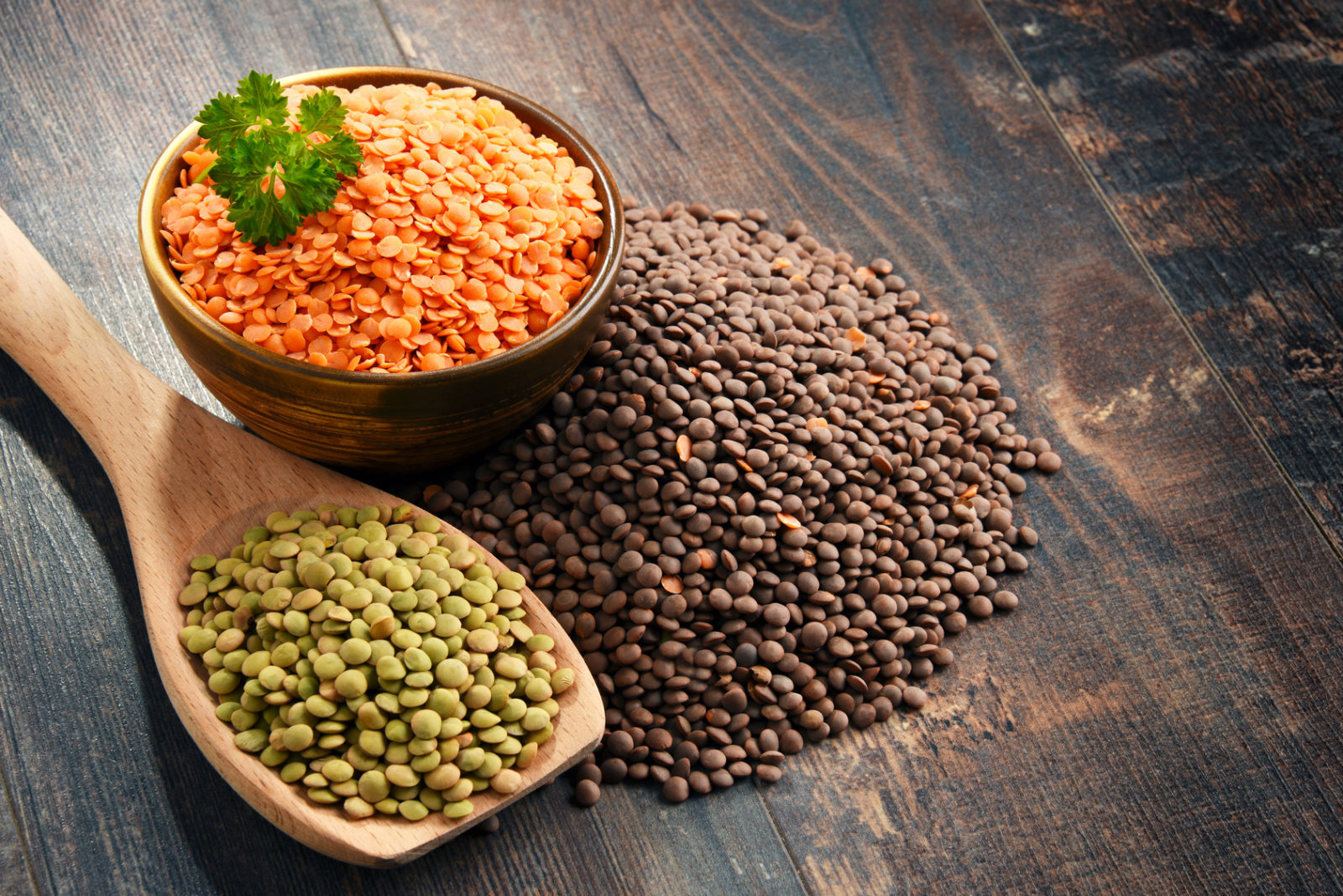 The European Prospective Investigation into Cancer and Nutrition (EPIC)-InterAct study has found an inverse association between coffee intake and T2DM in the TCF7L gene. It is suggested that a higher intake of caffeine may stimulate GLP-1 release to such an extent that the incretin resistance experienced in at-risk carriers can at least partly be compensated for. Although this interaction with coffee was found in a different TCF7L2 SNP (rs12255372), a similar trend was observed for the rs7903146 SNP in question.

Untangling the interplay of genetic and metabolic influences on beta-cell function: Examples of potential therapeutic implications involving TCF7L2 and FFAR1